According to Professor Ou Yang’s research, nephrite jade is found in China, Russia, Canada, New Zealand, the USA and Taiwan, with most discoveries of rare ancient jade found in the soil of China. Chinese have started using nephrite jade since the era of the Warring States. The usual colours of nephrite jade are: white, dark green and blackish green. The white nephrite jade is called “mutton-fat jade” because of its greasy luster.

If you talk about jade before the Qing Dynasty in China, you are mainly talking about nephrite jade instead of jadeite jade. 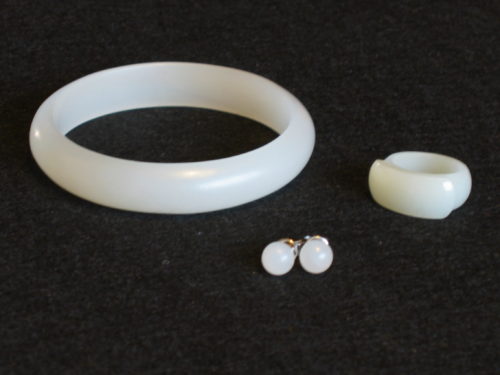